WHAT ARE THE LEGAL REQUIREMENTS FOR GETTING A DIVORCE IN CALIFORNIA 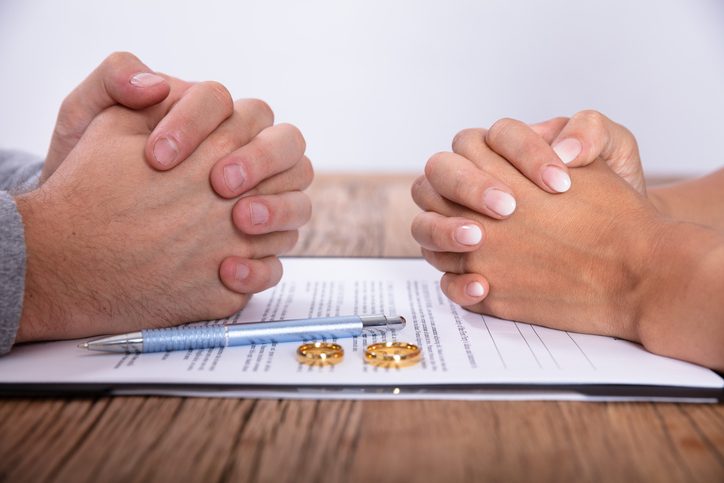 The state of California has a residency requirement of six months. That means that you must be living in the state for at least six months before you can file for divorce. In addition, one spouse must have lived in the county of your jurisdiction where you’re filing for at least three months. When filing for divorce, you’ll have to prove residency by providing things like property tax records or voter registration.

There’s a reason why the United States Courts and states like California have this residency requirement and other legal requirements for getting a divorce. It stops spouses from doing something called “forum shopping”. That is when one or both spouses will shop around to find a jurisdiction in a state that works best for them. Also, one spouse could suddenly move to another to file for divorce simply to make it inconvenient for the other party. Residency requirements are put in place to prevent situations like this.

What If You Got Married In Another State?

Many divorcing couples will worry about getting divorced in California if they were married in another state. Thankfully, this doesn’t pose much of a problem. As long as you have lived in California for at least six months, you can get divorced in the state. The United States Courts have something called the “place of celebration” law. This basically means that your marriage is valid if you get married in Hawaii, but reside in California. People have destination weddings every day. It’s important for every state to recognize the validity of marriage regardless of where it was officially celebrated.

What If Your Spouse Lives in Another State?

The legal requirements for getting a divorce can become complicated when one spouse is living in another state. This is especially true if it’s a contested divorce with disagreements on child custody, child support, alimony, and other factors. However, if the divorce is amicable and uncontested, it’s not much different from getting a divorce when living in the same state. As long as:

(1) one spouse has lived in California for at least six months,

(2) resided in the county where you’re filling for three months,

(3) the other spouse has been served and consents to the divorce in that jurisdiction.

The divorce receives recognition in every state.

It’s also important to know about California’s waiting period. Even if both parties are absolutely certain that they want a divorce, they must still wait. There’s a six month mandatory waiting period in the state of California. You can prepare your paperwork, file for divorce, and even have it approved by a judge. But the divorce will not be considered finalized until the six month waiting period is over. Many couples see this as a period to work out issues such as child custody, child support, and division of assets. If a couple cannot work out these issues within the six month period, a divorce will likely go to trial. California and other states have mandatory waiting periods to make sure that the couple is sure about continuing down the path to divorce.

California also has specific legal requirements for getting a divorce that involves minor children. California requires parents to attend mandatory custody mediation if they can’t agree on child custody, child support, or visitation rights. They strongly encourage couples with minor children to work out their issues during mediation. Custody mediation is when a couple meets with a neutral third party to help them negotiate. The mediator will assist them in finding desirable compromises. They’ll always work towards results that are in the best interest of the child.