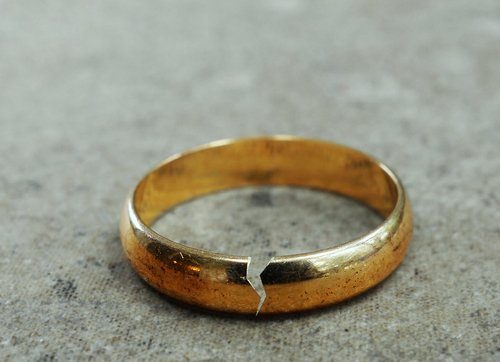 While divorce is a horrible process, having it played over and over in the public eye might make the whole ordeal seem longer and more arduous. However, celebrity divorces serve as a tool to help us remember that they are just like us and go through the same hardships. Here are a few examples that just go to show, it can happen to anyone:

Probably one of the most discussed relationships in recent decades, the two have six children. They were together for quite a while before deciding to get married. While they filed for divorce in 2016, the process is still ongoing and even still in negotiations. There are a lot of rumors about what the details are, but there is never anything solid until it’s in writing. This is a celebrity divorce that has garnered a lot of attention, especially with so much secrecy and the involvement of the children.

The couple who appeared to be America’s sweethearts were so happy together. They seemed like the perfect couple who had it all: love, money, great careers, and a beautiful son. But, proving the adage that “nothing is perfect,” the two announced their decision to divorce and have been amicable in the interim. There are plenty of reports of what is wrong with their relationship, but even more about how they are trying to maintain a stronghold on their parenting correlation.

If you ever thought it models would have it easier, you were wrong. After all, how could anyone leave someone who looks so perfect and makes such a great living? You could ask Joanna Krupa and Romain Zago. The model and one-time reality star are going through a divorce from her nightclub owner husband. The details are a bit fuzzy, but we know that he requested the divorce in December of 2016 and she reports being upset for several days after.

In the midst of an incredibly violent campaign, there appeared to be an equally volatile relationship between a politician and the wife he lost to a running candidate. It didn’t help that there was some scandal about inappropriate photos and a possible tryst or two. The congressman is under prosecution for sexting a minor, which may land him two years in jail. Abedin has decided to postpone the final stages of the divorce until after that trial has finished.

If you ever thought that money could buy you happiness, this would be an example to prove you wrong. After fifty-eight years of marriage, the billionaire realtor’s wife has filed for divorce. Somewhere in there he has not only claimed to be broke and in debt but been denied special treatment from the courts. He says that he is four hundred million dollars in debt, but his soon to be ex-wife says that he is far from that. By all accounts, this celebrity divorce will get messy. The understanding is that the whole mess began when he offered his wife one billion dollars to divorce him. This is so that he has the ability to marry his French girlfriend.

The couple that was made famous by Flip or Flop on HGTV has filed for divorce, and there seem to be plenty of reasons why. While there are rumors of infidelity, the reason they are sticking to is communication. Tarek El Moussa has said that with their busy schedules, a lack of communication tore them apart. With cancer and back surgery, he says that there was too much pulling them apart. Since their split, they have both moved on; which has proved a catalyst for cheating fodder.

No matter who you are, what you look like or your financial status; everyone is susceptible to divorce. You want to make sure that you prepare and account for your assets. If you want to read more about celebrity divorces, read here. But, the more important information is how all of this pertains to your life. Celebrity divorces might be the ones that get the attention, but it can happen to anyone. Even without a legal union, there is still a possibility that your assets could be at risk. For more information on what your liability is and what you can do to prevent any loss, start here. Make sure you ask any questions that you can. Be sure to cover all of your bases, before you make any life-changing decisions or say anything that can’t be taken back. If you are sure this is the avenue you want to take, you should also be sure of the person you want to take you there.