10 THINGS YOU SHOULD KNOW ABOUT LGBTQ DIVORCE IN STOCKTON 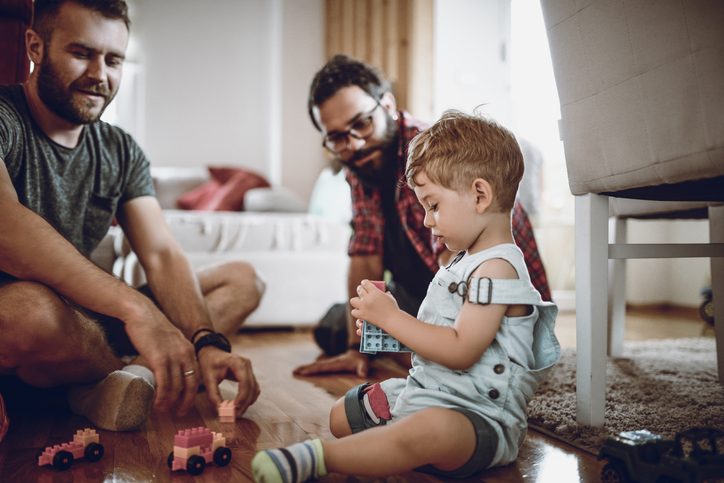 Divorce is complicated for many couples. Questions regarding property, finances, and custody can make divorce very challenging. Unfortunately, divorce can be even more complex for the LGBTQ community. Same-sex couples have fought for decades to be seen as equals in the institution of marriage. Even though they have equal rights in the process of divorce, there are unique challenges to same-sex couples seeking a divorce. Below you’ll find the top ten things that you should know about LGBTQ divorce in Stockton, California.

1. LGBTQ couples are given the same property rights as married heterosexual couples

Same-sex marriage has been legal in the state of California since 2008 and it became nationally recognized in 2015. When this legislation passed, it meant that all assets and debt accrued from the date of marriage until the date of divorce will be up for division.

2. LGBTQ divorce in Stockton may require the dissolution of a domestic partnership as well as a marriage.

3. There are residential requirements set for both heterosexual and LGBTQ divorce in Stockton, California.

Either you or your spouse must be a resident of California for at least six months prior to filing for divorce. In addition, you must have lived in your county for at least three months in order to file for divorce in your jurisdiction.

4. You may be eligible for a summary dissolution

Summary dissolution is slightly different than divorce and much less complicated. However, not every LGBTQ divorce in Stockton is eligible. In order to qualify for a summary dissolution, you must have been married or in a partnership for less than five years. This alternative to divorce is better for those who have not been married long, have no children, and don’t share any property or debts together.

5. Length of the marriage matters.

Couples who decided to get married after the 2008 ruling were ecstatic to share this bond that legally acknowledges their relationship. Unfortunately, many of these marriages didn’t last long after their vows began. While some of these marriages were short, their relationships lasted for much longer. For instance, if the couple had been together for twenty years, but only married for three years, it can be difficult to draw lines for divorce based off of just three years. When did the couple become legally bound to one another? Could it be when they moved in together twenty years ago? Or does this official partnership begin on the date of their marriage? These and other questions can be difficult to navigate when deciding how to legally divide assets the couple has shared over the years.

This simply means that you don’t need to state a reason why your marriage is over.

7. Same-sex couples often marry at an older age than their heterosexual counterparts.

This means that they normally have higher wages and more assets or properties than other marrying couples. This can make the division of property more complicated for some couples.

8. Family courts in California don’t have set procedures in place yet when it comes to child custody.

If the separating couple can’t agree on custody terms, the courts will have to decide for them. This means that the non-biological parent may have very little rights, or maybe none at all. Even same-sex couples who are both legal parents can still face uncertainty when it comes to their legal rights. This is why it’s imperative for divorcing same-sex couples with children to try to reach an agreement.

Palimony is a type of spousal payment, much like alimony, for couples who have been together for a long period of time (10 years or more) but never married.

Because LGBTQ divorce in Stockton is still new, things can get complicated quickly. These complications can make divorce difficult on a family. The complex nature of a same-sex divorce can also create more conflict between the couple, leading to nasty custody battles and divorce trials. It’s always best to work with a mediator to try to resolve all of these issues. If you can’t reach an agreement through mediation, the courts will have to decide this for you. It’s important for those in the LGBTQ community to work closely with a divorce attorney that specializes in LGBTQ divorce. Contact an experienced attorney today to learn more about your options.