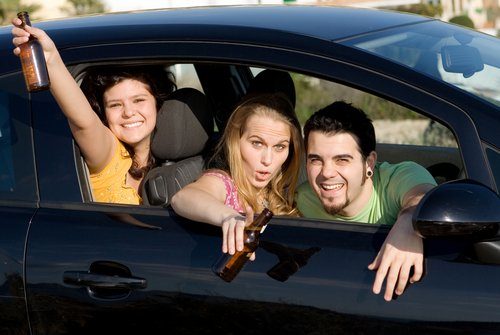 Underage DUI is becoming a more prevalent problem. As a result, finding the right attorney can be a complicated but important problem. This shouldn’t be something that gets in the way of a fair trial, but it can be. Having an attorney who lacks experience in this focus of the law can cost you dearly, not only now but in the future. It will surely affect your future or your child’s future, and that is something you want to avoid. Now is not the time to settle for less. You want to invest a little more to ensure that you get the defense you want and need. There is a lot at stake and taking chances will cost you in the long run. You can read more about it here.

Underage DUI: How Is It Different?

While the age of the offender is different, the charge is still essentially the same. The consequences are very similar, as well. There are some small differences in what constitutes the illegal blood alcohol content levels and the first time punishment. This is because there is an understanding that young people make mistakes and that they aren’t always an indicator of things to come. Still, there needs to be a punishment and something that will deter further actions against the law. There are also differences in how underage DUI is defended. There are ways that a DUI defense can be framed for a sturdy case, an underage DUI will allow those defenses and a few more. While there don’t seem to be a lot of differences, they are in the details of the laws. It can take an attorney to be able to decipher them. And one who is familiar with this focus of the law.

There are a lot of states that have a zero tolerance rule for underage DUI. This means that your first offense is one that is sure to see prosecution. There will be no leniency, so do not expect to receive any kindness from the judge because you are still young. Quite the opposite is true. You are more likely to receive a harsh sentence, as they don’t want to promote this behavior. Even a smaller amount can solicit license suspension Whether this is your first offense or not will determine how much jail time you serve. But, you are almost sure to need community service. There is also the likelihood of probation and fines that will need to be paid. These are all things that will be determined after a conviction. There is likely to be probation and community service, but don’t think that you will get away without fines and prison time. It is very likely that the court will want to teach you a lesson and make an example out of you. If the case garners attention, it will get worse.

An underage DUI charge is not something to take lightly. It is very possible that the court will want to make an example of your case. Even if they don’t want the world to see their reaction, they will want you to learn your lesson the first time. They don’t want to take the chance of seeing you, again. This is why the attorney you retain can make all the difference. You want to make sure that your attorney has experience in this focus on the law. Ask about success with cases like yours in the past. If they have only tried DUI cases for adults, it might be better for you to find someone who has presented cases for minors. While they are incredibly similar in charges, the cases are presented differently. You don’t want that difference to be what costs you your future.

This is not the time for you to try to have someone try your case who doesn’t know what they are doing. Some parents think that they don’t need an attorney, they will just represent their child and explain what happened. However, this isn’t something that works in a court of law. You do need a lawyer to represent you. Otherwise, it will look like you don’t take your case seriously. It is also likely that you will make several mistakes, as the intricacies of the law take almost a decade to learn. Retaining an attorney is your best option and the smartest one. You don’t want to take chances with charges that will affect a long future. Having an underage DUI on your record can affect the rest of your life. But, it also means that if you slip and have another DUI; the consequences will be magnified. Not only because it is a repeat offense, but because you were already charged at a young age. You can start your search here.